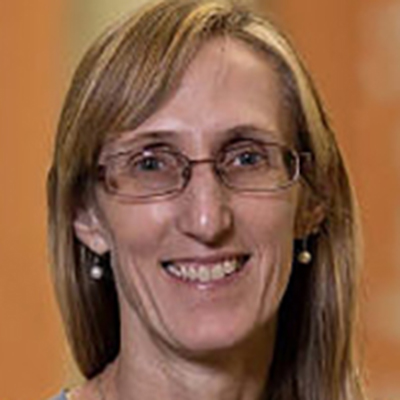 Carolyn A. Buser is Vice President of Discovery Partnerships with Academia at GlaxoSmithKline. She received her B.A./B.A. in chemistry and German from Bryn Mawr College, spent one year as a Fulbright Scholar at the Technical University of Braunschweig in Germany, and obtained her Ph.D. in Biophysical Chemistry at Yale University in 1992. She was a Damon Runyon - Walter Winchell postdoctoral fellow at the State University of NY at Stony Brook and subsequently served as Research Assistant Professor. In 1996, Carolyn joined the Oncology group at Merck Research Labs, holding positions as preclinical team leader for several drug discovery programs, director of Oncology Health Care Solutions, and finally senior director of External Scientific Affairs in Oncology. In March 2011, Carolyn joined GlaxoSmithKline (GSK), where she now leads a team of drug development scientists who identify and progress novel targets in partnership with biology and disease experts in academia. Within GSK, she co-chairs the GSK Fellows Program, is a member of the Technology Investment Board, and a rotating member of the Discovery Investment Board. Carolyn is a member of AACR and AAAS and is bilingual in German.