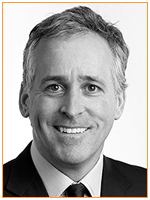 Richard Pops serves as chairman and CEO of Alkermes. He took the CEO job at the age of 28, built it from 20 employees to more than 400, and made it profitable by the end of his 16-year run in 2007. He returned two years later as CEO to build Alkermes even further. Under his leadership, it has grown to an international, publicly traded biopharmaceutical company with more than 1,200 employees and a portfolio of more than 20 commercial products. Prior to Alkermes, Pops was vice president at PaineWebber Development Corporation. Pops serves on the boards of Neurocrine Biosciences, Acceleron Pharma, Epizyme, the Biotechnology Industry Organization, and the Pharmaceutical Research and Manufacturers of America. Pops received a bachelor of arts in economics from Stanford University.