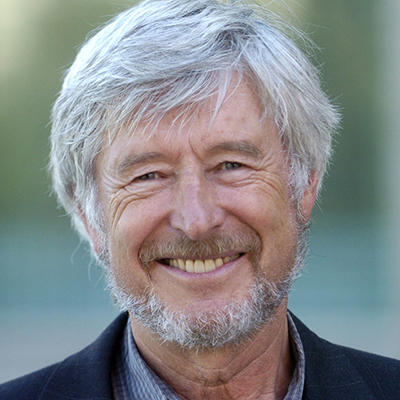 Dr. Regis B. Kelly is the Director of QB3, one of the four University of California Institutes for Science and Innovation that converts scientific discoveries into practical benefits for society. As Director of QB3, Kelly helped launch two QB3-associated companies, QB3@953, a life sciences startup incubator and Mission Bay Capital, a venture fund. Their success led to his appointment as Senior Advisor on Innovation and Entrepreneurship to the President of the University of California, Janet Napolitano.

Prior to joining QB3 in 2004, Kelly served as executive vice-chancellor at UCSF and Chairman of the Department of Biochemistry and Biophysics. He holds the inaugural Byers Family Distinguished Professorship. His academic research was in the field of molecular and cellular neurobiology. His training was at Harvard, Stanford, Caltech, and Edinburgh University. In 2014, he was appointed an officer of the Order of the British Empire (OBE) for services to science, innovation, and global health.

Time=Lives Talk: When the Personal and Professional Collide