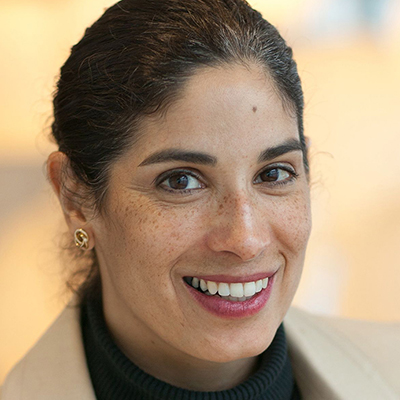 Dr. Magali Haas is Chair, CEO and President of Cohen Veterans Bioscience, a non-profit brain research organization based in Cambridge, MA whose mission is to fast-track diagnostics and therapeutics for brain disorders. Haas has over 15 years of pharmaceutical executive experience, predominantly at Johnson & Johnson, where she assumed broad end-to-end development leadership roles in early & late stage clinical development, translational medicine, diagnostics and integrative solutions. Her entrepreneurial spirit led her to spin out her own non-profit from J&J in 2012, originally called Orion Bionetworks (aka CVB) while also serving as founding Chief Science and Technology Officer for One Mind for Research. Haas earned her BS in bioengineering from the University of Pennsylvania, an MS in biomedical engineering from Rutgers University, and her MD and Ph.D. in neuroscience with distinction from Albert Einstein College of Medicine.