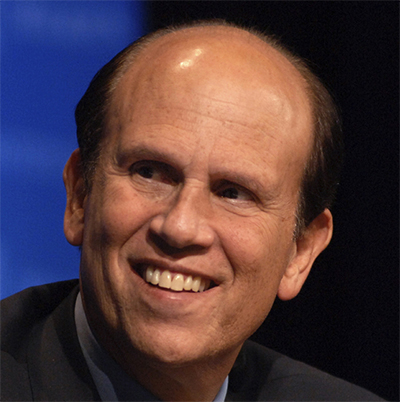 Mike Milken, chairman of the Milken Institute and a California native, has long been at the forefront of successful initiatives in medical research, education, public health and access to capital. Fortune magazine called him "The Man Who Changed Medicine" and a Forbes cover included him among "Visionaries Reimagining Our Children's Future." He formalized his previous philanthropy in 1982 by co-founding the Milken Family Foundation. He hosted the Milken Institute Future of Health Summit last month, and will host the 21st annual Milken Institute Global Conference, April 29-May 2, 2018, in Los Angeles. The Milken Institute School of Public Health at George Washington University was named to recognize an Institute gift. A financier since 1969, Milken is often said to have revolutionized modern capital markets by pricing risk more efficiently and expanding access to capital for growing companies that created millions of jobs. He and his wife of 49 years, Lori, were classmates in California public schools and at the University of California at Berkeley before he earned his M.B.A. at the Wharton School. They have ten grandchildren. See www.mikemilken.com.